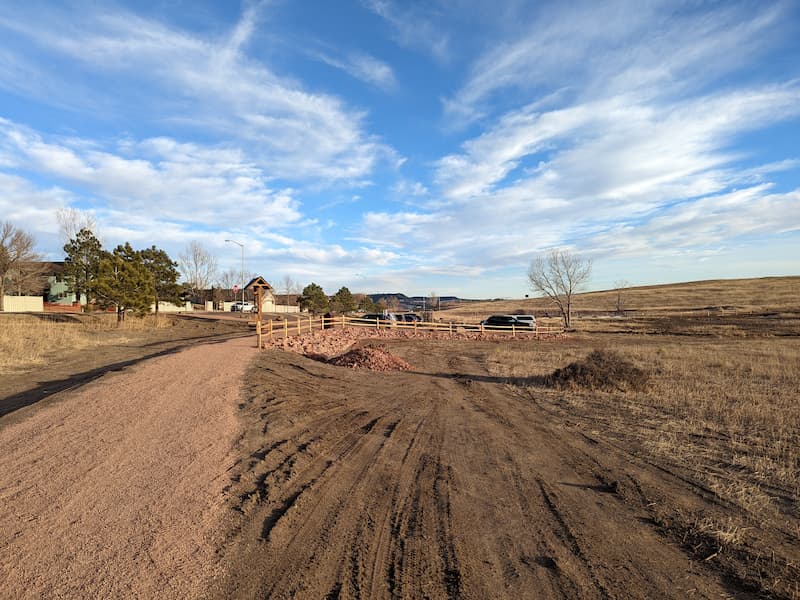 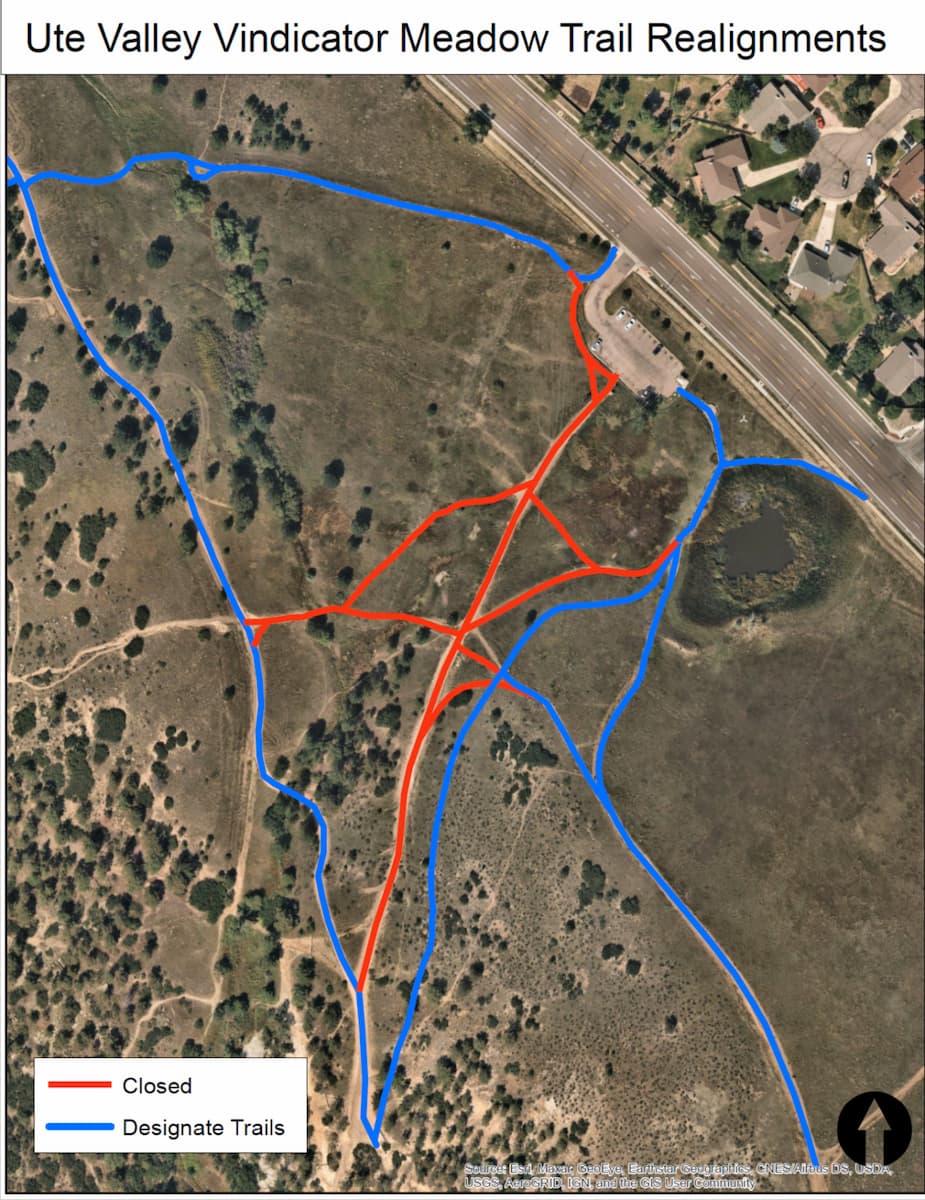 In late July, City of Colorado Springs Parks, Recreation and Cultural Services employees began construction on the long-awaited Ute Valley Park (“UVP”) Trail. The UVP Trail was designated as a high priority project in the 2015 Ute Valley Park Master and Management Plan and will serve as a connection between the Pikes Peak Greenway and the Foothills Trail. The long-range goal of this project is to support a network of off-street trails that connect Palmer Park, Austin Bluffs Open Space, Ute Valley Park, Blodgett Open Space, and eventually, Cheyenne Mountain State Park.

City staff have built over 4,000 linear feet of trail and, when combined with work contractors have done near the Ute Valley Trail Trailhead, are now about halfway done with the build. The next phase of the project involves not only connecting the two sections but also beginning an intensive restoration project of old, decommissioned trails – also a high priority project. The web of trails crisscrossing the meadow directly South of the Vindicator Trailhead are part of this restoration plan and will be closed and decommissioned starting the week of January 16th. Please respect these closures and utilize the new UVP Trail connectors that lead East and West from the trailhead.